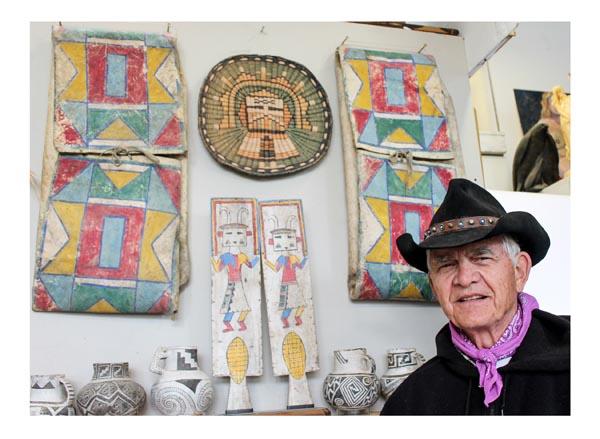 “My art is a combination of printmaking, bronze sculpture and oil painting. The subjects that most interest me are large animals in landscapes, mostly North American. I also do subjects including ancient ruins and artifacts of Indian art of the Americas. In my studio I am surrounded by life-size taxidermy mounts, which are my friends and subjects. The walls are covered with contemporary and iconic painters like Carl Rungius. Making and collecting art is a way of life for me.”

Currently Professor Emeritus, Western Illinois University, Macomb. Crouch has been included in 145 national and regional exhibitions since 1965 and included in 28 known public collections. The most recent invited show Eiteljorg Museum of Western Art, Indianapolis, Indiana, New Art of the West (2003) and The National Museum of Wildlife, Western Visions (2013).